In Memory of
Mike
Iskiw
2018
Click above to light a memorial candle. 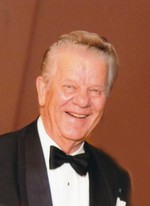 ISKIW, Mike -
Passed peacefully at the Humber River Hospital on Thursday, April 26, 2018 at the age of 92. Dearly beloved husband of the late Anne. Beloved father of Kenneth Iskiw and his wife Mary. Loving Dee Dee to Michael and his wife Alice, Jonathan and Tania. Great Dee Dee to Quinten, Olivia and Mason. Dear brother of Rose and predeceased by Annette, Bill, Eugene, Sylvester, Peter, Nick, Mitch and Helen. Mike Iskiw worked hard for his family, a virtue in continuance with his father, who was among the first wave of Ukrainian immigrants to the Canadian Prairies. As he and his nine brothers and sisters moved into adulthood, he traveled the railway tracks and found himself in Toronto, Ontario. Having had his experience in various professions supporting his wife (Anne) and son (Kenneth) he soon opened and managed Ossington Tire in 1961. This family-run business became a trusted part of the neighbourhood and brought Mike great happiness and connections with the community. Alongside theses connections, he was one of the founding members of St. Demetrius Ukrainian Catholic Church and a 3rd degree member of the Knights of Columbus. Mike Iskiw was a family man at heart who loved to sing and dance. He was well known for being a great host and loved to see others happy, which was the ultimate goal for his hard work. With the encouragement of his son, he started to travel and found a love for cruising. He also had a passion for gardening and landscaping, which connected him with his family roots. He will be greatly missed. Resting at the NEWEDIUK FUNERAL HOME, KIPLING CHAPEL, 2058 Kipling Avenue, (North of Rexdale Blvd) Tuesday, May 1, 2018 from 6-9 p.m. Panakhyda Tuesday at 7:30 p.m. Divine Liturgy Wednesday, May 2, 2018 at10 a.m. from St. Demetrius Ukrainian Catholic Church, 135 La Rose Avenue (1 block north of Eglinton Avenue off Royal York Road). Interment Glendale Memorial Gardens. As expressions of sympathy donations in memory of Mike Iskiw to the Ukrainian Canadian Care Centre or the Ontario Heart and Stroke Foundation would be greatly appreciated by the family. Online condolences at newediukfuneralhome.com