To share your memory on the wall of Theresa Irene Smith, sign in using one of the following options:

The death occurred peacefully on Thursday, June 10, 2021, of Theresa Irene Smith, age 81, surrounded by her children, at Bethell Hospice in Inglewood Ontario.

The death occurred peacefully on Thursday, June 10, 2021, of Theresa Irene Smith, age 81, surrounded by her children, at Bethell Hospice in Inglewood Ontario.

Theresa was born in North Rustico, Prince Edward Island and raised by her parents Fileas and Cecily Gallant. She was first born of a family of 13 children. She then headed to Toronto, Ontario where she met her husband James Wilfred Smith from Charlottetown, Prince Edward Island, and together raised 3 children. Theresa was involved in numerous charities within her community and was very involved in her parish, Nativity of our Lord. Theresa put her heart into helping people and was loved by many. She worked at a bank, surrogate court, and then at Parkdale Golden Age Foundation until her retirement at age 80. She traveled to Prince Edward Island every summer to be with her family and enjoyed traveling up to and including her final year with a trip to Nigeria and a lifelong dream trip to The Holy Land, Israel in 2020.

Donations may be made to Heart and Stroke Foundation of Canada or Bethell Hospice Foundation, in memory of Theresa Smith. Online condolences at newediukfuneralhome.com
Read Less

Print
Funeral mass will be held at Nativity of our Lord Catholic Church, 480 Rathburn Road, Etobicoke, Ontario on Friday, June 18, 2021 at 11am. (space/numbers limited, please contact family). To attend the funeral virtually, please go to: https://www.youtube.com/watch?v=ky4JGXhXIK8

Donations are being accepted for:
HEART AND STROKE FOUNDATION OF ONTARIO BETHELL HOSPICE FOUNDATION

We encourage you to share your most beloved memories of Theresa Irene Smith here, so that the family and other loved ones can always see it. You can upload cherished photographs, or share your favorite stories, and can even comment on those shared by others.

Posted Jun 15, 2021 at 06:49pm
In loving memory of our beautiful and vibrant aunt. Our love and sincerest condolences to Cherie, Jamey, Matthew and to all her family and friends. 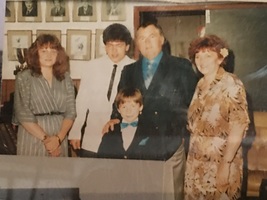 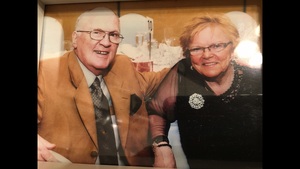 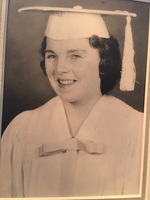