To share your memory on the wall of Shane M. Cirka, sign in using one of the following options:

Provide comfort for the family by sending flowers or planting a tree in memory of Shane M. Cirka

Provide comfort for the family by sending flowers or planting a tree in memory of Shane M. Cirka

Peacefully at Lakeridge Health Oshawa with his family at his side at 57 years young. Shane became a licensed 310T and 310S Mechanic in 1991 after start... Read More
CIRKA, Shane Michael “Shaner”

Peacefully at Lakeridge Health Oshawa with his family at his side at 57 years young. Shane became a licensed 310T and 310S Mechanic in 1991 after starting out as a lot boy for Village Phylmouth Chrysler and continued working in his trade until 2019. Shane leaves behind his best friend and wife of 31 years, Tena (nee Battams) and their two fur babies Bella and Bindi. Beloved father to Michael Daniel (Ashley) of Oshawa and Gigi to Sophia, Benjamin, Gracie and baby Madeline. Dearly missed by his mother Dorell Cirka of Lindsay, his sisters Shelley Peebles (late Bob Peebles) of Colburn and Jamie Cirka-Scott (Doug) of Little Britain. Pre-deceased by his father Michael Franklin Cirka (1993), father-in-laws Daniel George Battams (2000) and Victor Raymond Cormier (2016) and mother-in-law May Emma Battams (2021). Dearly missed by his brothers from another mother Pat McClure (Katie) of Tampa Florida and Paul Humphries (Kim) of Oshawa. Survived by brothers-in-law Norman Battams Sr. (Sue) of Cambridge, Christopher Battams of Bowmanville and sisters-in-law Terry Cornelissen (late Phillip -2000) and Scott Clarke of Courtice and Leslie Battams (Roger) of Oshawa. Forever loved by many nieces and nephews, Lynsie Scott-Boyd (Kevin), Darryl Scott (Erika), David Scott (Ashley), Willy Peebles, Robby Peebles, Dakota Battams, Norman Battams Jr., Jacob Battams, Danielle Battams and Dylan Battams. Great uncle to Rachael, Natalie, and Colton Peebles, Rowan and Declan Boyd and Mason Roberts. Shane was also labeled as “Uncle” to many others.

As per Shanes wishes there will be no service. May he rest in heavenly peace and will be in our hearts and missed forever. Arrangements entrusted to W.C. Town Funeral Chapel, Whitby. Donations in Memory of Shane may be made to Team Chelsea Lost Pets ( https://www.paypal.com/donate/?cmd=_s-xclick&hosted_button_id=7MRUZMBLWCRMS&fbclid=IwAR2wYAZnLZJBH7OhebXxQqymRELkgW7wCbsfJA4st6yDUD2XS2KUJtPGfAUa> ). For online donations and condolences, please visit www.wctownfuneralchapel.com.
Read Less

We encourage you to share your most beloved memories of Shane M. Cirka here, so that the family and other loved ones can always see it. You can upload cherished photographs, or share your favorite stories, and can even comment on those shared by others.

Posted Jun 13, 2021 at 08:23pm
Condolences to the entire Cirka and Scott family and friends. Aunt Tena, Uncle Shane will forever be in our hearts. I will always remember his great laugh and how he was always willing to share his smile and his side of the story with family. He had a huge caring heart that is for sure. And it was surrounded with steel....he was one tough guy :) He will be missed by many, but let us keep close to us the wonderful times we shared with him. Tena, Mikee, Ashley, Nana, Jamie and family---Darryl and I are always here if you need anything at all. May time heal all of your hearts. Xoxo -Erika Wallace & Darryl Scott

Posted Jun 13, 2021 at 01:23pm
Where there is sorrow there is pain and it seems that we have reached the age when life stops giving us things and starts taking them away.
It has taken away far too soon our son, our husband, our father, our brother, our uncle our friend Shane.
The heartache will slowly be replaced with our fondest memories of Shane from working on cars to barbecuing in two feet of snow or just hanging out .
My deepest condolences to you Tena and Mike and the family that has been left behind i share the pain of losing my friend my brother.
I am finding impossible to say goodbye so i will just say see you later see you some day on the other side bud.

Thank you Pat you were like his brother and always said I want to go see pat and Katie ❤️😓 no more pain or sickness. Yep until we meet again.
LB

Posted Jun 13, 2021 at 09:41am
Oh Uncle Shane! You're a one of a kind soul, and I'll miss you immensely. Your laugh is forever in my ears, and you were a walking ball of love and bear hugs, no matter if it was months between visits. I know you made an impact on my boys as well, especially Rowan, who named his hamster Uncle Shane at all of 2 years old. Aunt Tena and Michael (as well as Ashley, kiddies, Nana, my mom...) my heart is so sad with your loss, but we'll continue to support each other in our small little fam-jam as we always have. Love to you all, and uncle - till we meet again ❤️
Comment Share
Share via:
NB

Posted Jun 12, 2021 at 12:38am
Shaner was not only a brother but a great friend! We shared a lot of fun and crazy times together. But we also shared many serious times, and he was always there to listen and give a good word of encouragement. I will not only miss his jokes but the way he fit so well in our family. My sister was blessed to spend her life with him. He was a wonderful father, grandfather, brother, brother in law, uncle, great uncle and son. Shaner will leave a big void in all of our lives. Our condolences, thoughts and prayers are with you all. We miss you Shaner!!!
Love Norm Sr. And Sue
Comment Share
Share via:
TC

Posted Jun 11, 2021 at 12:26pm
I am flooded with so many wonderful memories of Shaner. Looking at old photos seems like yesterday. The host with the most, best shiskabobs and home made bread and butter pickles. The love for his family and tender heart unwavering for his mothers is something we will always remember. So quick with a laugh, great sense of humor and a smile that would brighten any room. I pray for peace and comfort to every ones heart . Our deepest sympathy to you all. Terry and Scotty
Comment Share
Share via: 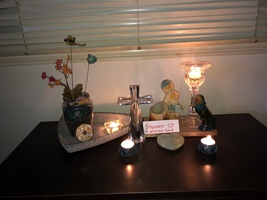 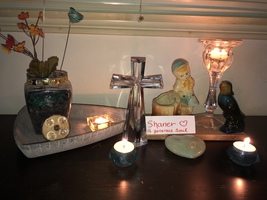 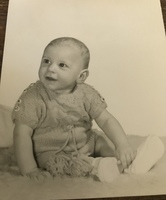