To share your memory on the wall of Rev. John (Jack) Roney, sign in using one of the following options:

Provide comfort for the family by sending flowers or planting a tree in memory of Rev. John (Jack) Roney

Provide comfort for the family by sending flowers or planting a tree in memory of Rev. John (Jack) Roney

Jack was a graduate of Nutana Collegiate in Saskatoon, received a BEng from University of Saskatchewan in 1949 and LTh from Trinity College, U of T in 1956. He was ordained an Anglican Priest in 1956 and was married in 1957. Throughout his ministry he worked as a Curate at St. Clement’s Toronto and Rector at St. Paul’s Brighton, St. Giles Barrie, All Saints Whitby and St. Nicholas Birchcliff Scarborough. He retired in 1993. Jack was a 75 year survivor of Type 1 Diabetes and an avid lover of classical music, books and word games. Remembered by all who met him, Jack had a story for every occasion. He touched many lives, and lived life to its fullest.

Donations are being accepted for: THE CHARLES H.BEST DIABETES CENTRE.

We encourage you to share your most beloved memories of Rev. John (Jack) Roney here, so that the family and other loved ones can always see it. You can upload cherished photographs, or share your favorite stories, and can even comment on those shared by others.

Posted May 08, 2021 at 03:22pm
Father Jack - God-father Jack - was such a wonderful man. I'm so sorry to hear that he has passed away. My deep condolences to the Roney family. I will remember him always.

Posted May 02, 2021 at 07:03pm
I had the pleasure of knowing Rev Roney from All Saints Church, Whitby,ON and Toastmasters. Rev. Roney joined the club at Taunton Mills he enjoyed participating in the club activities. My sympathy to the family
Comment Share
Share via:
BS

Posted Apr 26, 2021 at 11:17am
We think of Jack as a “good and faithful servant”. Well mannered, mild mannered, gentle, thoughtful, reliable, willing to take chances, get out of his comfort zone, e.g. turning over in the sailboat and one foot through the roof of the old cottage, family oriented, I.e. always up to date with what is going on with his children and grandchildren, very detail oriented, should we go on?
We hope that contact with David, Mary and Paul will continue in some way. We pray for you every day.
God bless,
Mary and Bill Shepherd
Comment Share
Share via:
DT

Posted Apr 23, 2021 at 11:55am
Dear Family of Jack Roney,
I met Jack at the Village of Taunton Mills when my Mom was living there.
He was a kind and special man....truly a gentleman.
His memories will stay with you forever.
With deepest sympathy in your loss.
Deb Turbide
Comment Share
Share via:
VT

Posted Apr 22, 2021 at 10:33pm
My condolences to the Roney family and friends. I loved seeing Jack sit in the front row for Tafelmusik, and how much he enjoyed the concerts. I will always be amazed at how he navigated the transit to downtown Toronto and back home late after a concert. On one such transit journey as a new medical student, I was so impressed hearing the story of his lifelong management of type 1 diabetes - truly remarkable. Thinking of you all, especially Paul, Joanne, and Mary, at this time. 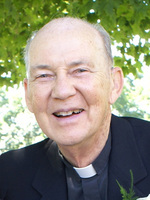 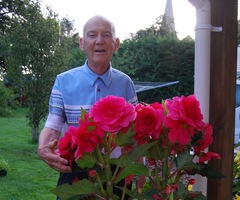