To share your memory on the wall of Crystal Mackey, sign in using one of the following options:

Passed away on the morning of March 9, 2021 as a result of pre-existing health conditions. She was born May 26,1960 in Toronto, ON, a daughter of the late John (Jack) Mackey and Helen (Blair) Tracy.

The family would like to extend a special thanks to her nephew Lucas Mackey who was by her side until the very end.

Crystal’s goal in life was to constantly put a smile on someone’s face whether it be a friend, family or even a stranger. She was a kind hearted soul that was always ready to help someone in need. Crystal enjoyed swimming, painting, crafting, shopping, spending time with her loved ones, knitting, crocheting and road trips. She was always ready for a good road trip or travelling from east to west visiting her family. Her family was one of her greatest accomplishments in life. She was so proud of each and every one of them. Crystal was one of kind that brought laughter, cheer and love to many and will be tremendously missed. Online condolences at newediukfuneralhome.com

For God so loved the world, that He gave His only begotten Son, that whosoever believeth in Him should not perish, but have everlasting life. John 3:16

You are from God, little children, and have overcome them; because greater is He who is in you than he who is in the world. 1 John 4:4
Read Less

We encourage you to share your most beloved memories of Crystal here, so that the family and other loved ones can always see it. You can upload cherished photographs, or share your favorite stories, and can even comment on those shared by others.

Posted Mar 21, 2021 at 04:02am
I am so sorry to hear of Crystals Passing. Whenever I spent time with her she was always bubbly and happy. She will be missed. To her family I wish you joy filled memories that will make things a little easier. Love Nila and Pat Bearisto.
Comment Share
Share via: 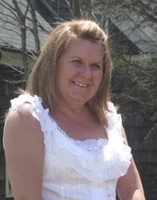