To share your memory on the wall of Antonio Conti, sign in using one of the following options:

Antonio (Tony to family and friends) was born in Pietranico, Pescara, Italy in 1929, and prior to embarking on his great adventure to come to Canada, he proudly served in the Italian military where he learned many life lessons. After emigrating to Canada in 1953, he was determined to make a new life for himself. In 1955 he married Sestina Lucia and a family soon followed. After 25 years of Canadian life, Antonio made the courageous decision to embark on yet another life adventure. In 1980, he, along with his faithful wife and son moved to Florida, USA and became the proud proprietors/hosts of The Traveler Motel in Clearwater Beach. It became the perfect balance of work and semi-retirement enjoying many years of success.

Following the passing of his beloved wife in 1998, Antonio decided to return to Canada and was lucky to find a home in the old neighborhood he had left behind almost 20 years earlier. He enjoyed his life every day tending his garden, especially his tomatoes and grapevine, and spending moments with family and friends and loved being around his great-grandchildren. Antonio was a great storyteller and the innumerable stories he told his children has now become our family history. We were so very proud of him, his love of storytelling, and his accomplishments throughout his life. He often reminded us that he had very little education, but that never deterred him from continuously learning new things. In fact, he became an avid fan of the TV game show Jeopardy and never missed an episode!

The family wishes to thank the doctors and nurses who cared for him while he was at Etobicoke General Hospital. Their courage and compassion amidst Covid-19 protocols was outstanding.

Caro Papa, Dad, Nonno, Bisnonno, Antonio, Tony, no matter how you were affectionately called, just know that we will miss you immensely. Although we are unable to gather altogether at this time in a “Celebration of Life”, we will as soon as it is safe to do so. Webcast funeral will take place on Monday, January 25, 2021 at 10 a.m. As expressions of sympathy, donations to The Hospital for Sick Children would be appreciated by the family. Webcast and online condolences at newediukfuneralhome.com

May you forever Rest in Peace.
The Conti/Grenci Family
Read Less

Donations are being accepted for: THE HOSPITAL FOR SICK CHILDREN FOUNDATION.

We encourage you to share your most beloved memories of Antonio here, so that the family and other loved ones can always see it. You can upload cherished photographs, or share your favorite stories, and can even comment on those shared by others.

3 trees were planted in the memory of Antonio Conti

Posted Jan 26, 2021 at 08:27pm
Mary, Peter and family,
Our deepest condolences on the loss of your father. You are all in our thoughts and prayers.
Love Valerie and Mario
Comment Share
Share via:
S

Posted Jan 25, 2021 at 02:16pm
Dear Carlo, Marilena, Mary , Peter and families;
I have very nice memories of spending joyous times together at the family functions full of good food, conversations and dancing .
Your dad was instrumental in providing “ la porchetta” for my confirmation celebration.
He had a smile that would light up a room.
I will also never forget when your mom Sestina was ill and my mom Marcella would ask me to buy the equine (horse) meat fettine because I worked at Cortina Ladies’Wear on St. Clair near the butcher. It was to help her gain her strength and improve her immune system.
As the years go on and we get older , we appreciate all the important values our parents instilled in us. Let us hope we can be better adults and role models for the future generations because of our parents.
Our deepest condolences go out to all your family members.
Kindest regards;
Marygrace and Pal Di Iulio and family
Comment Share
Share via:
M

Posted Jan 25, 2021 at 02:06pm
Dear Mary and Carlo;
We shared many happy evenings together with your mom and dad playing cards and laughing .
We would also ask your dad to cater many festive events with our family. He was an exceptional chef with a glowing smile!
Let us not forget the dances and family get together at the Di Giuseppe Banquet Hall.
I want to extend my deepest condolences to Mary, Peter, Carlo, Marilena, Camillo, Livia, John, Ivana, Emilia , Assunta and their respective families.
I remember with fondness Sestina and Antonio.
With much affection;
Marcella Labricciosa
Comment Share
Share via: 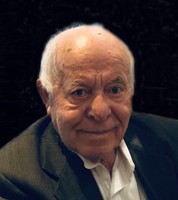 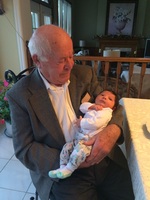 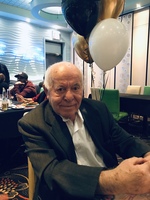 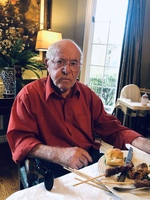