To share your memory on the wall of Irene Rosalie Fleming, sign in using one of the following options:

Print
THE FUNERAL MASS FOR IRENE ROSALIE FLEMING THAT WAS SCHEDULED FOR MONDAY, NOVEMBER 23, 2020 ....... HAS BEEN CANCELLED ........ THE CHURCH SERVICE WILL BE RESCHEDULED!!

Consider providing a gift of comfort for the family of Irene Rosalie Fleming by sending flowers.

We encourage you to share your most beloved memories of Irene Rosalie here, so that the family and other loved ones can always see it. You can upload cherished photographs, or share your favorite stories, and can even comment on those shared by others.

Posted Nov 21, 2020 at 12:32pm
Irene first came to help our family in the spring/summer of 1968. She has been a beloved member ever since. She is loved and revered by my five children and their families. For years she spent Christmas eve with us. She was a thoughtful, caring friend right to the end. I owed her a phone call. Much love Irene. Rest in peace.
Margaret Murray and family
Comment Share
Share via:
K

Margaret she spoke of you often and loved you all. God bless.
LH

Posted Nov 21, 2020 at 09:39am
Irene was a much loved member of Harmony Hall Centre for Seniors for many years. I will miss her smiling face, witty sense of humour and her being my dance partner at our annual Christmas parties. Heaven has gained a special angle. Lisa Hunter.
Comment Share
Share via:
K

We were always being told of all her activities and friends from Harmony Hall. She loved attending . We laughed that she had more diversity and culture because of all the wonderful activities and support they provide . Thank you for being part of the joy she received.
K

Posted Nov 20, 2020 at 08:43pm
Irene and I lived on the same floor at Hendricks court. She was always laughing. Such good humour. Always smiling and liked to chat. Gonna miss her . Such an independent person and always did things herself. Always on the go. Loved to dance even with her walker. She was a joy to be around and laughing. Irene loved to laugh. May she rest in peace and dancing in heaven.
Comment Share
Share via:
K

Thank you for sharing that lovely memory.

Posted Nov 20, 2020 at 12:40pm
My dear Irene. Her smile lit up a room and her laughter was infectious. I remember her deep dedication to people especially her work with St. Vincent De Paul Society. Irene loved people especially those in need. She loved her God and walked with faith in her every step. I am sure God welcomed her with open arms and her good friend Tess was there smiling and saying " welcome home Irene you certainly made me wait awhile for you but you still had work to do, Come on in!" Rest in God's peace Irene you deserve it. Love Sister Deanna Mac Dougall
Comment Share
Share via: 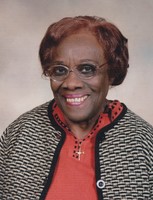 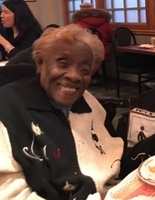 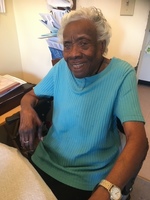