To share your memory on the wall of Vaclav (Peter) Furbacher, sign in using one of the following options:

We encourage you to share your most beloved memories of Vaclav (Peter) here, so that the family and other loved ones can always see it. You can upload cherished photographs, or share your favorite stories, and can even comment on those shared by others.

3 trees were planted in the memory of Vaclav (Peter) Furbacher

Posted Jun 29, 2020 at 10:40pm
Alan and Family, Please accept my deepest sympathy on the passing of your father. My thoughts and prayers are with you.

10 trees were planted in the memory of Vaclav (Peter) Furbacher

Posted Jun 29, 2020 at 03:21pm
I only ever got to share a few Tim Hortons coffees and donuts with Peter after Alan did me the great honour of introducing me to the man he boasted about with such profound admiration. It was just enough time to hear some good jokes. But over the years, Alan has regaled me with countless amazing stories about his father, and through Alan, I think I got to know the man well enough to be able to say with confidence that he was a character of unyielding integrity. Peter Furbacher didn’t just start a successful business after arriving in Canada with little more than the clothes he brought with him; he also started a family here that has grown and prospered, and that carries on his legacy of integrity and strength of character, which will continue to serve the family well for generations to come. Peter Furbacher brought so much more to Canada than just his clothes. Our nation’s foundation is built on extraordinary characters like him, people to whom we will always owe our deepest gratitude. Thank you, Peter Furbacher. And for now, adieu.
Comment Share
Share via:
DM

Posted Jun 29, 2020 at 01:15pm
I was quite sadden when I heard that Peter passed away. Peter gave me my first job when I graduated from college 39 years ago and set me off on my path in the construction industry . I always had the upmost respect for him. He was a gentle man who always had the time for you. And who can ever forget that grin he always had.
Sincerely,
Dennis Masotti and family 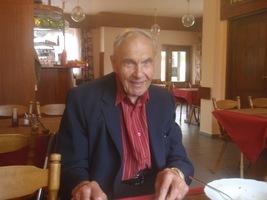 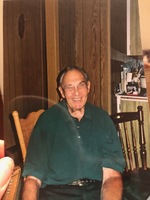 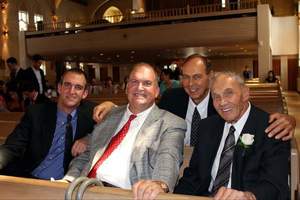