To share your memory on the wall of Norma Ryan Lindsay, sign in using one of the following options:

It is with sadness that we announce Norma’s passing on May 26, 2020. She was predeceased by her husbands Cal Ryan (d.1989) and Charlie Lindsay (d.2006), her parents Edward and Olive Tunney, her sister Doreen Lalonde (Locky) and her brother James Tunney (Ethel). As well as the four Ryan children – Sherry, Robert (Cindy), Mary Patricia and Stephen (Linda) – she is survived by her nine grandchildren, 14 great-grandchildren, her brother Barry Tunney (Teresa), the Lindsay family and many nieces and nephews.

Norma and Cal were married in Ottawa in 1949 and enjoyed 40 years together. They were partners: he the breadwinner and she the manager of the home. Over the years, they moved with their children many times following Cal’s career path at Canada Packers, and it was Norma who smoothed the transition of houses, schools and activities through Ontario, Quebec and B.C. Besides her role raising her family, Norma was an artist, seamstress, bridge player and formidable shopper. She was also a friend to many people she met along the way.

A few years after Cal’s passing, Norma embarked on another happy marriage, to Charlie. Together they travelled, visited the Lindsay cottage, danced and cheered on the Toronto Blue Jays. Norma was embraced in the warmth and energy of Charlie’s family: his children – Gail Lindsay (Bohdan), Carol Baker (Dennis), Scott Lindsay (Carol Anne) and Lori Zoras (Peter) – and his seven grandchildren and great-grandson.

Norma had a varied and joyful life until the effects of Alzheimer’s impacted her ability to live on her own. Yet, even through her descent into this awful disease and, as her personal memories faded, she remained the strong-willed, compassionate, beautiful woman she always was.

We would like to thank the staff at Kipling Acres for their care, especially during these unsettling times. Also, special thanks go to Norma’s private caregivers: Susan, Fatuma, Jini and Sity and to her friend Donna.

A funeral mass will be planned for a later date. People, if they wish, can make donations to the Alzheimer’s Society of Ontario or to their local food bank. Online condolences can be made at newediukfuneralhome.com

In Norma’s memory, please take a moment to reflect on someone who has held you in esteem, believed in you, loved you unconditionally and through their actions has helped form the person you are today.
Read Less

Donations are being accepted for: ALZHEIMER SOCIETY OF CANADA - SOCIETE ALZHEIMER DU CANADA.

We encourage you to share your most beloved memories of Norma here, so that the family and other loved ones can always see it. You can upload cherished photographs, or share your favorite stories, and can even comment on those shared by others.

Posted Jun 03, 2020 at 06:53pm
I have such vivid and happy memories of family gatherings and celebrations where your Mom was such a calming, gentle and gracious influence to the occasion. She will be greatly missed but never forgotten. Masses and prayers are being offered for her.
She is in a happier place and we must be happy for her. God Bless, Ann.

Posted Jun 02, 2020 at 10:45pm
I'm very sorry to hear about Norma's passing. She was loved by so many and my thoughts are with you all.
Comment Share
Share via:
DJ

Posted May 31, 2020 at 12:52am
Our heartfelt condolences to you Pat. "Norma Ryan Lindsay" will remain in our hearts forever. Wishing you peace, comfort and courage. 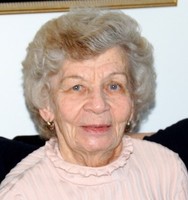