To share your memory on the wall of Ronald MacCarl, sign in using one of the following options:

We encourage you to share your most beloved memories of Ronald here, so that the family and other loved ones can always see it. You can upload cherished photographs, or share your favorite stories, and can even comment on those shared by others.

Posted Mar 27, 2020 at 11:18am
Very sorry to hear of Ron Passing we had good times talking about computers.
Ted and Vicky Gavin
Comment Share
Share via:
AM

Posted Mar 24, 2020 at 07:30pm
I remember the good times we had camping with my dad and 2 brothers Brad and derek we went every year good memories
Comment Share
Share via:
BM

Posted Mar 23, 2020 at 06:42pm
Sorry to hear of Rons Passing. I will miss our many conversations. We were first cousins, and had a lot of history with our families while growing up. Rest in Peace Ron. Betty Myles
Comment Share
Share via:
PV

Posted Mar 23, 2020 at 12:48pm
Ronnie,
We are so sorry to hear of the passing of your father. Our condolences to you and your family.
Pat and Mike Volpe
Comment Share
Share via:
M

Posted Mar 22, 2020 at 08:18pm
Ronalda, condolences to you and your siblings. An especially tough circumstance to lose a parent. The Moloneys - formerly from Meadow Crescent (Karen, Maureen and Paul).
Comment Share
Share via: 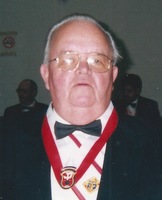