To share your memory on the wall of Vincent Massey, sign in using one of the following options:

Born April 28, 1927 in Belleville, Ontario, Vince attended Belleville Collegiate Institute. He graduated from Queens University in 1949 with an Honours BA in Modern Languages. In 1950 while attending the Ontario College of Education, he met his future wife Phyllis. After marrying in 1952, he began his career at Fisher Park Collegiate in Ottawa. He then returned to Toronto to Etobicoke Collegiate, and subsequently a 27-year run as the head of modern languages at Richview Collegiate in Etobicoke, retiring in 1985. Vince was proud of many of his students who went on to great success. It was a common occurrence for him to run into past students, recognize and remember them in great detail.

A founding and lifelong member of Rexdale United Church and its successor Martin Grove United Church, Vince and Phyllis were active volunteers and gave generously of their time and energy to many community organizations. After retirement, they enjoyed an active lifestyle which included travel, fellowship, friends and family. He will be remembered as a man who never forgot a name or a face, always had a story to tell, and gave of himself to his family, his students and his community.

Visitation and service will be held on Saturday, January 18 with visitation from 1:00 to 2:00, service at 2:00, followed by a reception. All at Martin Grove United Church, 75 Pergola Road, Etobicoke, Ontario. Donations to Martin Grove United Church or a charity of your choice are appreciated. Online condolences at newediukfuneralhome.com
Read Less

Consider providing a gift of comfort for the family of Vincent Massey by sending flowers.

We encourage you to share your most beloved memories of Vincent here, so that the family and other loved ones can always see it. You can upload cherished photographs, or share your favorite stories, and can even comment on those shared by others.

Posted Jan 17, 2020 at 03:45pm
I will always be grateful for Vince’s patience every morning as he waited to drive Anne and I to high school. I will remember him as a very kind man. Deepest condolences to Ann, Phyllis and John. Martha Waldon
Comment Share
Share via:

Posted Jan 17, 2020 at 10:32am
To the family of Vincent Massey, my sincere condolences. I am a former Richview C.I. student who was fortunate enough to have Mr. Massey as my French teacher for four years. His knowledgeable guidance, positive attitude and genuine care for each of his students was always present. When a teacher is among your fond memories of high school days, you know they were a special person. Mr. Massey was certainly that person. He will be missed.
Kathy Andrews
Comment Share
Share via:
BS

My condolences on the loss of Vince. I have so many memories of him from our time together at
Richview. Again, my sympathies to all. 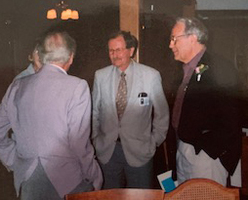 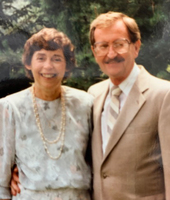 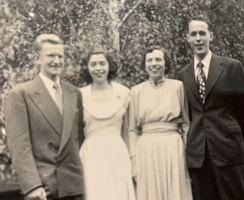