To share your memory on the wall of Nick Giancroce, sign in using one of the following options:

Consider providing a gift of comfort for the family of Nick Giancroce by sending flowers.

We encourage you to share your most beloved memories of Nick here, so that the family and other loved ones can always see it. You can upload cherished photographs, or share your favorite stories, and can even comment on those shared by others.

Posted Nov 08, 2019 at 05:06pm
I am so happy that I had the chance to meet Nick and to spend time with him. He was very welcoming and made me feel part of the family. The love of his family, including his beautiful wife Cathy, his lovely children and grandchildren, nieces, nephews, mother and brothers is a testament to his character and his loving nature. Rest In Peace Nick.
Comment Share
Share via:
DS

Posted Nov 07, 2019 at 04:42pm
We were upset to hear of Nick's passing. I and the gentlemen from our Friday night hockey were so blessed to get to know Nick when his brother Terry brought him out. His smooth stick-handling on the ice and his great demeanor off...always with a smile. Our prayers to all of Nick's family.
Comment Share
Share via:
SL

Posted Nov 07, 2019 at 02:43pm
We are so sad to hear of Nick's passing. He was always a happy person who could bring a smile to a room.
May the peace that comes from the memories of love shared now comfort you and the family now and in the days to come.
John and Sonia De Laurentiis and family and Zia Clara
Comment Share
Share via:
GK

Posted Nov 07, 2019 at 01:15pm
Nick was a wonderful person. He was always willing to help others and give of himself. He also made the world's greatest espresso.
The world is a much better place because of his being, it is a much sadder place with his loss. A true friend to all who knew him.
The Kit & Papastergiou Family.
Comment Share
Share via: 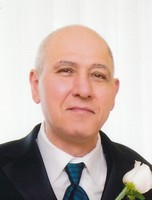