To share your memory on the wall of William "Bill" Leo Montgomery P.Eng., sign in using one of the following options:

Provide comfort for the family by sending flowers or planting a tree in memory of William "Bill" Leo Montgomery P.Eng.

Provide comfort for the family of William "Bill" Leo Montgomery P.Eng. with a meaningful gesture of sympathy.

Peacefully in his sleep, in his own home, next to his loving wife Joan (nee Alexander), Bill completed his life journey at the age of 94. Days away from... Read More
MONTGOMERY, William Leo P. Eng.

Peacefully in his sleep, in his own home, next to his loving wife Joan (nee Alexander), Bill completed his life journey at the age of 94. Days away from their 70th wedding anniversary celebration Bill would have truly enjoyed interacting with his three children and their spouses, Neil (Norma), Corinne (Laurie), and Karen (Doug), his grandchildren and great-grandchildren. He was a proud and devoted grandfather of Erin (Darin), Tara (Matt), David, Danielle, Scott and Kristen. His great-grandchildren Connor and Carson brought great delight to both Joan and himself.

Bill was born in Winnipeg, Manitoba on April 18, 1925 to William and Rose Montgomery. Brother to Lloyd, Ed (both deceased) and Don, his involvement in Sea Cadets led him to enlisting in the Canadian Navy during WWII. He faithfully served in the electrical department on the corvettes HMCS Nanaimo and the HMCS Matane, escorting convoys along the St. Lawrence, the North Atlantic, Panama Canal, together with service on the Canadian East and West Coast. Upon discharge, and as a result of this experience and the Post War Veterans package, Bill enrolled at the University of Manitoba and obtained his Electrical Engineering degree in 1950 and his P. Eng. in 1954.

Together with his love and dedication to Joan, his family, church, work, his friends and his country, and an unquenchable thirst for knowledge, Bill enjoyed his pool, his flags, travel, reading, his workshop, repairing anything, Sudoku, porcelain and a good joke. This true gentleman will be missed.

A Funeral Mass will celebrated on Friday, October25, 2019 at Transfiguration of Our Lord Church, 45 Ludstone Drive, Toronto, at 10:30 a.m. If desired, donations can be made to PMH Foundation, TGH & Toronto Western Foundation for Esophageal Cancer Research, or Sunnybrook Foundation for the Veterans K Wing.
Online condolences may be made at w.w.w.newediukfuneralhome.com
Read Less

Consider providing a gift of comfort for the family of William "Bill" Leo Montgomery P.Eng. by sending flowers.

We encourage you to share your most beloved memories of William "Bill" Leo here, so that the family and other loved ones can always see it. You can upload cherished photographs, or share your favorite stories, and can even comment on those shared by others.

Posted Oct 25, 2019 at 10:01am
Dear Corinne and Family! What a beautiful and fitting tribute to your Dad - words of praise that reflect your love for him and his love for you and all his family! You could not have provided a better end-of-life experience - and his New Journey will be smoother because of it! Our thoughts and prayers are with you to-day and will be in the coming days. Please give your Mom a big hug from us! Love, Cate and Peter
Comment Share
Share via:
J

Posted Oct 24, 2019 at 04:14pm
Jean @ I were saddened to hear of Bill’s passing. We were neighbours on Wincott Drive for many years @ remember Bill fondly. We were all starting out with new houses, young children @ lots of debt with house parties as part of our way of enjoying life in Westway Village. Bill was always the sober “ senior citizen” whose advice, dry humour and all around good counsel was enjoyed by all
We will miss him greatly.
Jean @ John Adams

Posted Oct 23, 2019 at 10:53am
We send our deepest sympathy to all the Montgomery family in your loss. We are keeping you in our thoughts and prayers.
Jim & Cecilia MacLellan
Comment Share
Share via:
BW

Posted Oct 15, 2019 at 12:44pm
I am very sorry to hear about the passing of Bill Montgomery and I wish to express my sincere condolences to the Montgomery family.

I have known Bill Montgomery for over 45 years going back to the day I started with Davis Controls in 1973. He was a thinker, who could solve any difficult problem. He was a gentleman of quick humour and bright spirit. More importantly he was a family man who loved his wife, children and grandchildren.

Mr. Montgomery's legacy will continue to live on at Davis Controls Ltd. You will never be forgotten. 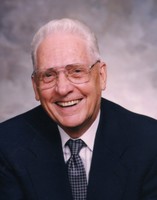 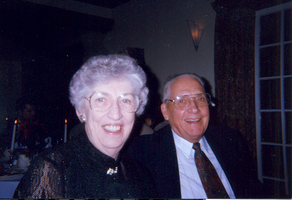 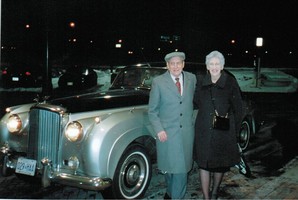 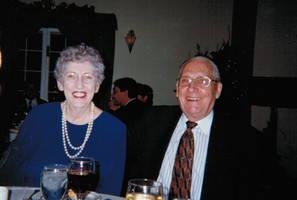