To share your memory on the wall of Patricia Mary Paolini, sign in using one of the following options:

Provide comfort for the family of Patricia Mary Paolini with a meaningful gesture of sympathy.

She had a wonderful life that encompassed close to a century in years and many happy memories. Born to an Irish Catholic family in the Soo, our mother was one of 9 surviving children. She made it through the Depression years as a child and found herself moving to Ottawa at the tender age of 16 to do her part and work in the war effort in the nation’s capital. After the war, she returned to the Soo and worked as a bank teller. Our mom and dad married on September 3, 1951. They celebrated their 68th anniversary this past September. While still in the Soo, mom gave birth to all four of her boys; Doug, David, Gregory and Andrew. In 1963, the entire family moved to Etobicoke, Ontario, when our dad was promoted at Dominion Bridge Company in Toronto. This was home for mom for the next 56 years until her passing on October 3.

Our mother will be remembered for many different things. She started working in ceramics in the 1970’s to satisfy her artistic side, produce some beautiful pieces and earn a little ‘mad money’ for herself. This quickly turned into a thriving business and it wasn’t long after starting that she was holding ceramic lessons for many of the ladies in the neighbourhood. There was often laughter and chitter-chatter resonating from the basement when we boys got home from school in the afternoon of a lesson day!

She was an artist, and the ceramics eventually gave way to producing many beautiful china painted plates, cups, saucers and scenes. All hand painted, many depicting roses, other flowers and small birds. They were very beautiful, professional looking, and always had her familiar PMP on the back to signify and bring ownership to her works.

Our mother was not just artistic with her hands, she also produced many poems for just about every occasion; Christmas, birthdays, anniversaries, homecomings, etc. You name it, Gramma had a poem for it. Immediate family, as well as friends of the family, waited with anticipation for the next poem that would come into our lives, especially the poems she would produce on each of her birthdays. They were often funny and could dig at the latest political situation at hand. She read them almost like a limerick, with a bounce in her voice and just the right amount of sarcasm in her tone. The poems, like Gramma, will not be forgotten.

Another thing mom was famous for was her baking! Particularly her cookies and squares! Often the search through the tins and containers in the pantry was well underway before the obligatory greeting of “Hi Gramma” or “Hey Mom” was spoken. Empty containers were regularly returned with a written or verbal note indicating the vessel was empty and could use filling ASAP! She never disappointed, often baking up a storm on a weekly basis, making sure her family had something sweet…to go with your tea, or perhaps “take the bitter taste out of your mouth”. These culinary delights went on for decades and continued as late as this year as Gramma continued to send cookie care packages to Mark, her last grandchild still at university.

Perhaps her greatest attribute was her pleasant, calm demeanor. Our mom was soft spoken and kind and loved us dearly as we grew up. Holding us tight when we were ill, comforting us with words when needed and even being silent at times when silence was the best thing, she was a fantastic mother and in her actions, laid the ground work for life for her children, grandchildren and great grandchildren.

Pat, Mom, Gramma, GG, you will be dearly missed.

Mass of Christian Burial will be celebrated at Transfiguration of Our Lord Roman Catholic Church, 45 Ludstone Drive, on Thursday, October 17, 2019 at 10.30 a.m., followed by a reception. Interment at Queen of Heaven Catholic Cemetery, 7300 Highway 27, Woodbridge. Online condolences at newediukfuneralhome.com
Read Less

Consider providing a gift of comfort for the family of Patricia Mary Paolini by sending flowers.

We encourage you to share your most beloved memories of Patricia Mary here, so that the family and other loved ones can always see it. You can upload cherished photographs, or share your favorite stories, and can even comment on those shared by others.

Posted Oct 16, 2019 at 02:59pm
Dear Doug, Elvira and family,
We wish we could be there to comfort you as you grieve. We're holding you in our hearts and sending love and strength in this time of loss.
Allen and Nathalie
Comment Share
Share via:
AL

All my love, Betty Ann Lawrence

Posted Oct 15, 2019 at 10:42pm
My Dear Sister, I will miss our Sunday talks, your laughter, friendship, story telling and a lifetime of cherished memories. 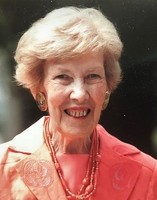