To share your memory on the wall of Diane Grundy, sign in using one of the following options:

Consider providing a gift of comfort for the family of Diane Grundy by sending flowers.

We encourage you to share your most beloved memories of Diane here, so that the family and other loved ones can always see it. You can upload cherished photographs, or share your favorite stories, and can even comment on those shared by others.

Posted Sep 13, 2019 at 02:02pm
Diane was a very special cousin. She was always a joy to be with in person or over the phone. She made differences to people's lives in so many ways. I have memories of her stories, trips to the movies, skating, family holidays, games of Scrabble and the occasional trip to a casino. And her beautiful smile. Your ride may be over with Di but your journey will continue in our memories. Thanks for them.
Comment Share
Share via:
JG

Posted Sep 13, 2019 at 01:36pm
What a lovely obituary. I have many fond memories of Diane, from fun times around the Whitby pool to adventures at Ontario resorts. She usually had a funny story to share and I always knew I would receive a birthday card from her - just a small example of her thoughtful nature. I’m sorry we will miss the service but we will be thinking of her. Jenn, Kirti & Ashwin
Comment Share
Share via: 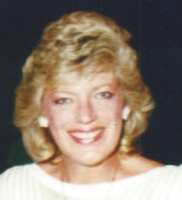