To share your memory on the wall of Edwin Ka-Ming Lim, sign in using one of the following options:

Though Edwin (Ed) Ka-Ming Lim left us far too soon, no-one can doubt that he filled his 51 years with all the things he was passionate about. Ed was born the oldest son to Ivy F. T Choy and Gary Mon Foo Lim on June 4, 1967 in Montreal, Canada. They lived in Candiac, Quebec surrounded by the love of many Aunties, Uncles and their families and a ridable cherry-red fire truck that may have sparked his life-long love of cars.

When little brother Rodrick came along, four-year old Eddie was slightly less in love and wondered aloud in no uncertain terms when the mewling interloper would be going back. But “going back” was not an option and Ed instead moved Southwards with his family to Syracuse, New York where he bought his first car, a Mercury Capri, and parked it in the lots at centennial Regional High School and Fayetteville-Manlius High School.

It was years before that that Ed adopted his protective and beneficent role as big brother, however and it was a role he would take seriously and fill to perfection for the rest of his brief life - though he retained to the last the inalienable right of older brother to bring up the rolled car incident which forever marked Ed as the superior driver of cars - if not of baby jolly jumpers. (Friends who have seen the video evidence if Ed’s tender care for baby Rod in the Jolly Jumper will remember the vigorous glee with which little Eddie made the thing go.)

Ed drove his next car, a silver Volkswagen Jetta, back across the border to Kingston, Ontario where he obtained a properly beer-soaked and purple tinted electrical engineering degree from Queen’s University and a posse of loyal friends who remain close to this day. He forever laid to rest his ambition to become a car mechanic though his love of purple stood the test of time. In fact, his Engineering jacket is still covered in gentian violet.

After securing a position at Honeywell, Ed relocated to Toronto and passed the Jetta on to his little brother. Ever generous, Ed even let his future sister-in-law move in to his place not once but twice! He then bought a silver Audi and drove it week after week to the Ivey School of Business at Western University in London, Ontario where he obtained his Masters in Business Administration. Ed continued to rise up the ranks at work but his love of cars took a nose-dive when he met and married his one true love, Erin Patricia Smith of Ottawa, Ontario. Ed and Erin were married in Toronto on July 10, 2006. The colour scheme included purple. A steadfast, loyal and devoted husband, Ed was also determined to do his part to make the world a cleaner, greener, kinder place for his nieces and nephews. A fun and generous uncle, Ed showed up for birthdays, holidays and even school plays and hockey games. Emma, Marcus, Anna, Logan and Kinley had the very best of uncles. He set a high bar.

Through his work at BGIS, Pinchin Ltd., and Landing Point, Ed refined his passion for sustainable, green energy. Despite this, Ed revelled in his need for a minivan when it came. He secured four car seats in the back and became a doting father to Declan, Caitlin, and twins, Tara and Kiera. His love for his children was immeasurable as was the number of photos he took of them!
He next founded Ecolibrium Strategies Inc. and managed to reconcile his concern for the environment with his love of cars. Ed’s last car was an electric, electric-orange Fiat, 500e. He used it to shepherd his son to school every day. He used it to check in on his parents regularly, too. Maybe it was in this car that Ed managed to stuff his gear and drive to the Rinx Entertainment Center to play the sport he was passionate about: hockey. The strength of Ed’s love far surpassed the strength of his heart on Family Day, February 18, 2019. Ed succumbed to a heart attack after spending the holiday weekend with his wife, Erin, kids, Declan, Caitlin, Tara, and Kiera, parents, Gary and Ivy and even his brother, Rod and Rod’s family. If it had to end, there could not have been a more perfect ending, for if there was one passion that surpassed even his love of cars, it was his love of family. Online condolences at newediukfuneralhome.com
Read Less

Consider providing a gift of comfort for the family of Edwin Ka-Ming Lim by sending flowers.

We encourage you to share your most beloved memories of Edwin Ka-Ming here, so that the family and other loved ones can always see it. You can upload cherished photographs, or share your favorite stories, and can even comment on those shared by others.

Posted Mar 01, 2019 at 10:50am
My deepest sympathies to Erin, the children and the entire Lim family. Our thoughts and prayers are with you in this difficult time.
In honour of Edwin and his commitment and passion for sustainability!

I bestow my condolences to the family especially Erin, Declan, Caitlin, Tara and Kiera. It is always difficult to lose a loved one no matter how or when. We need to hold onto our treasured memories and Edwin will live in our mind and hearts forever.

Even though I only knew Edwin briefly, I never saw him without a smile. It was always pleasurable to chat with him and it was clearly obvious that he had a great love for his family.

Edwin will be sadly missed by all. Rest in Peace and Godspeed.

My deepest sympathy for your great loss!

I had the pleasure of Ed's professional association through Ecolibrium Strategies Inc. for the past number of years. He was brilliant, and so tremendously proud of his amazing Team!

There can be no doubt that Ed’s passing presents the most profound grief for you, his most beloved family, and words fail me in adequately expressing the utmost sorrow for all of you in your shock and grief of so suddenly losing Ed.

I had the utmost respect for Ed! He had an admirably wonderful zest for life, and I always delighted in his proudly-shared family stories, particularly about his children-they were a heartwarming joy to hear. Ed was unique, and he will be hugely missed by countless many, both personally and professionally. And finally, I am forever grateful for the too-short time of knowing Ed, and learning so much from his inspiration along the great pathway we all share called LIFE.

Posted Feb 23, 2019 at 12:04pm
We have such fond memories of Ed, a loyal and kind friend who loved his family so much. We will miss him, and wish you strength and peace during this difficult time.
Our sincerest condolences to the family.

Posted Feb 23, 2019 at 10:02am
A tribute to Edwin Lim's life-long passion for and contributions to a sustainable, green ecology. 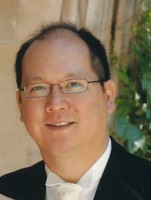 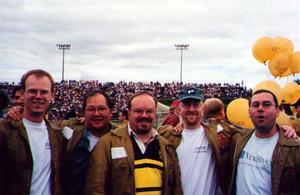 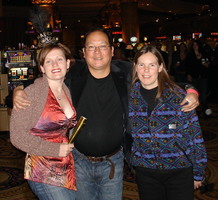 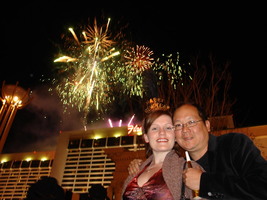