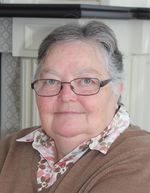 CAUCHI, Deborah “Debbie” (née Short) -
Suddenly on Thursday, September 20th 2018 at the age of 67. She was born on May 2nd 1951 to the late Thomas and Shirley Short. Debbie is survived by her beloved Husband Joseph Cauchi of 38 years, her three children: Daughter Jennifer Cauchi, Son David Cauchi, Daughter-in-law Christina, Daughter Jolene Lushington and Son-in-law Jay. She was a proud Nanna of Mika, Martina, Tehya, Mason and Aliyah. Loved as a second Mother to Michael Cauchi. Dear little sister to Thomas Short. Cherished Aunt and Great-Aunt of her brother’s and her husband’s sibling’s children and grandchildren. She will be dearly missed by all her Nieces and Nephews. Debbie was a homemaker and wonderful Mother. Her family gives everyone who cared for Debbie the greatest and warmest gratitude. A graveside service will be held at Resurrection Catholic Cemetery on Saturday, September 29th 2018 at 11am followed by a reception held at Fernhill Community Centre, 144 Fernhill Boulevard, Oshawa beginning at 12pm. If desired, donations in Debbie’s memory may be made to Diabetes Canada and condolences may be expressed online at www.wctownfuneralchapel.com.
Printable
Share on Facebook
Recently Shared Condolences
Leave a Condolence
View All Condolences
Recently Lit Memorial Candles
Light a Memorial Candle
View All Candles
Recently Shared Stories
Share a Story
Recently Shared Photos
Share a Photo
View All Photos