In Memory of
Ronald John Robert
Kennedy
2018
Click above to light a memorial candle. 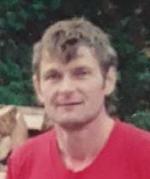 KENNEDY, Ronald -
At the age of 63 after a long battle with cancer, Ron Kennedy passed away peacefully at Lakeridge Health, Oshawa on March 26, 2018. Will be missed by his partner of 33 years, Maureen, her daughter Kym and granddaughter Kasey. Beloved son of Earl Kay and the late Jean Kay. Cherished brother to Carolyn Kay (Dean), Richard Kay (Nancy), Murray Kay (Gail), Marilyn Rosseau (Paul) and the late Larry Kennedy. Will be fondly remembered by his extended family in Alberta, Shelly Scott, Bonnie McKenzie and Connie McKenzie. Will be missed by many nieces and nephews. Ron was an avid animal lover, especially his beloved dogs that were his life long companions. He was the most happy when spending time at his friend’s cottage doing renovations or simply enjoying the great outdoors. At Ron’s request, cremation has taken place. A celebration of life will be held at a future date. In lieu of flowers, memorial donations may be made to the Durham Humane Society. Online condolences may be expressed at www.wctownfuneralchapel.com.
Printable
Share on Facebook
Recently Shared Condolences
Leave a Condolence
View All Condolences
Recently Lit Memorial Candles
Light a Memorial Candle
View All Candles
Recently Shared Stories
Share a Story
View All Stories
Recently Shared Photos
Share a Photo
View All Photos